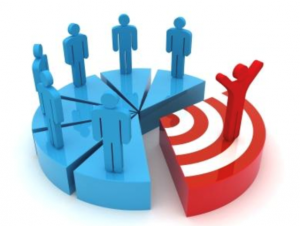 I suppose most readers of this blog will agree that the current political situation in the US constitutes an abuse of power. What to do about it is less clear. Arguments are made for and against impeachment, or for one counter-narrative over another. What we are not doing is considering the idea of “power” itself.

Power is a slippery concept. People talk about it as if it is a tangible thing that you either have or don’t have, but it is not a thing at all. Power is a description of a relationship. People in that relationship agree that one or more of them have a dominant position in some context and the others are subordinate. In some cases, people agree on institutional rules that determine dominance, such as winning a majority of votes in the electoral college. In other cases, agreeing to power dominance is more visceral, such as children fearing a schoolyard bully or people acquiescing to a charismatic cult leader. Sometimes, as we are now seeing, the institutional and visceral forms of power coalesce in demonstrably dangerous ways.

In a contest of power, people who believe that power is a thing will usually prevail.  The reason for this lies in the knowledge paradigms that we all use to make sense of the world.

If their worldview is based in a positivist paradigm, people mostly think that there is a single real reality, and that anyone looking in the same direction will see the same thing, unless there is something wrong with them. In a common form of this worldview, power is bequeathed by God and/or institutions to people who are deserving of the gift.  The legitimacy of this kind of power cannot be questioned, since it obviously exists and is in the hands of people who obviously deserve it, or they wouldn’t have gotten it.  Thus, even arguments of institutional illegitimacy based on voter suppression or collusion with foreign governments are bound to fail, since they question the one reality that has already been revealed. And arguments of personal illegitimacy will similarly fail, since they challenge the revelation of a chosen one.

If their worldview is based in a relativist paradigm, people still think there is a real reality, but they believe that everyone’s view of that reality is constrained by some context. Power is the imposition of the views of one context on other contexts, for example through colonialism, imperialism, assimilation, or ethnic/racial/gender dominance. In a relativist paradigm, any such exercise of power is automatically illegitimate, since it interferes with the right of each context to exist on its own terms. Arguments against positivist power abuse based on relativist principles mostly fail, however, since they challenge the positivist assumption of a natural hierarchy of civilized people dominating savages. Relativists tend to think that charges of racism and bigotry will be taken seriously, when to positivists they seem unrealistic or meaningless and thus look like contrived attacks. It doesn’t help that relativists sometimes do try to use institutional power to impose their paradigmatic worldview on others.

Einstein (the original modern relativist) is purported to have defined insanity as “doing the same thing over and over again and hoping for a different outcome.” Relativists have been attacking positivist exercises of power as racist for decades, to little avail. They keep on doing it for the same reason that positivists keep on ignoring it – both groups are doing what another physicist, Max Born, called the most dangerous thing on earth: believing that there is one truth, and one’s self has it. The insane result is a political impasse that is more susceptible to foreign influence that it is to conciliatory dialogue.

To take a more effective stand against both abuse and insanity, we need to position arguments in a new paradigm. That paradigm is constructivism. People with a constructivist worldview think that reality is socially constructed, and that we are necessarily responsible for the social contract that generates power relations. This means that our collective acquiescence or antagonism to certain conditions is a central factor in their existence. For instance, when we acquiesce to the idea that it is all right for business leaders to be narcissistic and even sociopathic, it is likely that political leaders will follow suit (and vice versa). By implicitly selecting for those traits, we support their exaggeration, like nature selecting for colorful feathers and generating a peacock.

The constructivist argument against abuse of power is to redefine the social contract that supports exaggerated displays of power. Minimally, this means we must vote for leaders with humility and support every effort to enable others to do so. Democracy is not a thing; it is a social contract that is constantly being rewritten by the people who vote. There is no such thing as our vote “not mattering,” even if we live in a gerrymandered district or a polarized state. Did we vote for the state government that controls the voting district boundaries? Did we vote for the school board members who control whether critical thinking is taught in the schools? You get my point.

In addition to voting, we should be more critical of our own social activities, all of which combine to form the social contract. Do those activities include watching and commenting on reality television shows that exploit exaggerated competition? What about shopping at stores owned by well-known abusers of power? Or investing in companies run by charismatic leaders who think they are masters of the universe? Of course it is impossible to know and act upon every incidence of pathology in the social contract, but having it as a goal is an important part of critical awareness. Like voting, there is no such thing as “not mattering” in the social contract, since it is nothing else but us.

Hello Milton and thank you for addressing what has been missing from our conversation. I’ve written myself about the social contract and also designed an exercise that is “constructivism” in framing. Would love to share with you, if you are interested.

Yes, it’s past time to revisit our strategy for fighting ethnocentric exercises of power. I would indeed like to see the exercise!