Why Doesn’t This Feel Weirder? 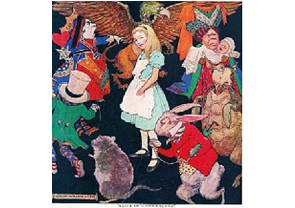 I am an American currently in Milan, where I arrived from Washington State in the US just a few days before the lockdown started here. Flying from the frying pan into the fire, so to speak, although now the fire is everywhere. The situation is really dire, but despite all the unprecedented conditions of “sheltered in place” and the horrific pictures from the medical front lines, it doesn’t feel as weird as it seems it should. In my plentiful free time, I’ve been wondering why.

So here are some speculations. The first one, perhaps unsurprisingly, is that nothing is weirder than having Donald Trump as the president of the United States. As many commentators have noted, he doesn’t just invert reality (our enemies are our friends and vice versa, “I am the victim”, etc.) but he distorts it in the process with constant lies and conspiracy re-tweets. It is possible that even something as completely alien as shutting down our cities to avoid infection is less weird, since at least the action has a clear goal, there is a logical rationale for doing it, and the rules do not (usually) change on someone’s whim. In other words, as an inchoate disrupter of reality, Trump may be more potent than SARS-CoV-2. And we have endured three years of habituation to that weirdness.

Of course, Trump is not the direct cause of reality distortion. A large group of Americans support him as their leader, which is weirder than Trump himself, really. And it’s not just in the US. Throughout the world, other leaders with narcissistic pathologies and incoherent messages of hatred are becoming mainstream politicians. When I look at the pictures of people at their rallies and listen to the spewing of their surrogates, I see… rage. It’s as if a portion of humanity is in a constant state of amygdala hijack, to use Daniel Goleman’s popular term. In an incident that seems to be mirrored elsewhere, an Italian man is being prosecuted for intentionally coughing on a grocery clerk when he was asked to leave a little more
space. It seems that road rage, already increasing before the pandemic, is mutating into virus rage.

So why are hateful and racist leaders being supported by enraged followers? One traditional answer is that a lot of people are angry and frustrated by dwindling opportunities and rampant inequity. Certainly both things are true, and they are both good reasons for anger and support for change, even disruption. But the rage seems over the top of that.

In a book chapter I wrote recently called “An Epistemology of Hate” (in E. Dunbar, A. Blanco, & D. MacPhail (Eds). The Psychology of Hate Crimes as Domestic Terrorism, Praeger, 2017). I speculate that we nearing the end of a paradigm change. The modern world, with its myth of unending material progress, has largely given way to a post-modern world of cultural relativity — globalization, multiculturalism, and intercultural relations. But as the end of modernity is becoming clearer, the rearguard action is becoming fiercer. People who are unwilling or unable to enter the new world are existentially threatened by it, and they are fighting to the death to preserve a mythologized past. All lies, manipulations, and inhumane actions (including letting millions die to attain “herd immunity” in the current crisis) are justified in the name of survival. They rage at the dying of (their) light, and the rest of the world suffers.

So, yes, it’s weird to be living through the worst pandemic in a century, but maybe
not as weird as living though the first paradigm change in half a millennium.

I was hoping for a bit more depth in this comment. If you have expounded further on this in articles or blogs please let me know where to find them. I have learned a great deal from some of your seminars and appreciate your insight.

Miltonreply
– In reply to: Dorcas A Herr

Did you ever get a chance to read the “Epistemology of Hate” article? It does go into the issue at considerably more depth.