Why America Was Great 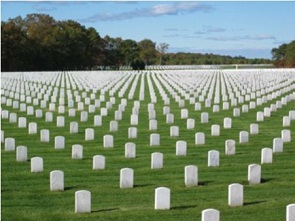 Much ink has flowed about the greatness of American ideals (and the failure in so many cases to enact them). Ideals are important, even if they are not always matched with behavior. But, at least recently, great ideals are not directly what made America great.

America was great because it understood totalitarianism and fought against it. For all their flaws (many of which we still share), the Great Generation of Americans accepted the inherent wrongness of Hitler’s invasion and cruel domination of other European countries, and it chose to commit itself against it. And while it defended itself from Japanese attack as any other country would, it also fought against the wrongness of Japan’s military imperialism.

Despite its strategic alliance with Soviet Union against the Nazis, Americans again recognized the wrongness of totalitarianism, this time under the guise of communism rather than fascism or imperialism, and they successfully fought it to a standstill in the cold war. For all their horrific mistakes – notably, intervening in the Vietnamese civil war – Americans understood the danger of centralized governments operating under the personal control of authoritarian leaders. At great cost, they again persevered and triumphed in the name of democratic freedom.

I remember the stories of my Great Generation parents and relatives –two of my uncles who were bomber pilots, my father who developed submarine-detecting radar at MIT, and my mother who was an air traffic controller at the airbase in Boston. I am married to an Italian, so I have in-laws who more directly remember the horrors of Nazi occupation and the bravery of partisan resistors. You can say it was a simpler time, but maybe the issue really was simple: do you accept the bullying of a totalitarian leader and his troops, or do you fight back? Americans and the Allies (including many Italians) chose to fight, and only for that reason can you read the next paragraph.

The current president of the United States wants to be a totalitarian leader. His “best friends” are the kind of leaders that many of our parents’ generation died fighting against. His “good people” are the thugs that he’d like to have as his storm troopers. His only advisors are toadies that scurry to enact his every order, no matter how insane. His children enjoy the spoils of his power and impatiently wait for him to hand them the mantel. Like all leaders of this type, he promises a return to greatness, but he will never be able to deliver more than the greatness of his own folly.

What a dishonor we are bringing to the generation that actually made America great! When we look past the shameful new graves of Covid victims, how can we bear seeing the graves of the Great Generation? Graves that, prematurely dug or not, contain the remains of people who believed America would always stand up against the bullies of the world? How can we have become the collaborators of exactly such a bully? The world does not need another totalitarian government; it needs the America that once aspired to be the contrary.